Outstanding performance – In the course of the system meeting in Leipzig on 26 October VTL once again recognised the best partners – with the PartnerAWARD 2018 in the categories “Best Quality”, “Greatest National Growth” and “Greatest International Growth”. 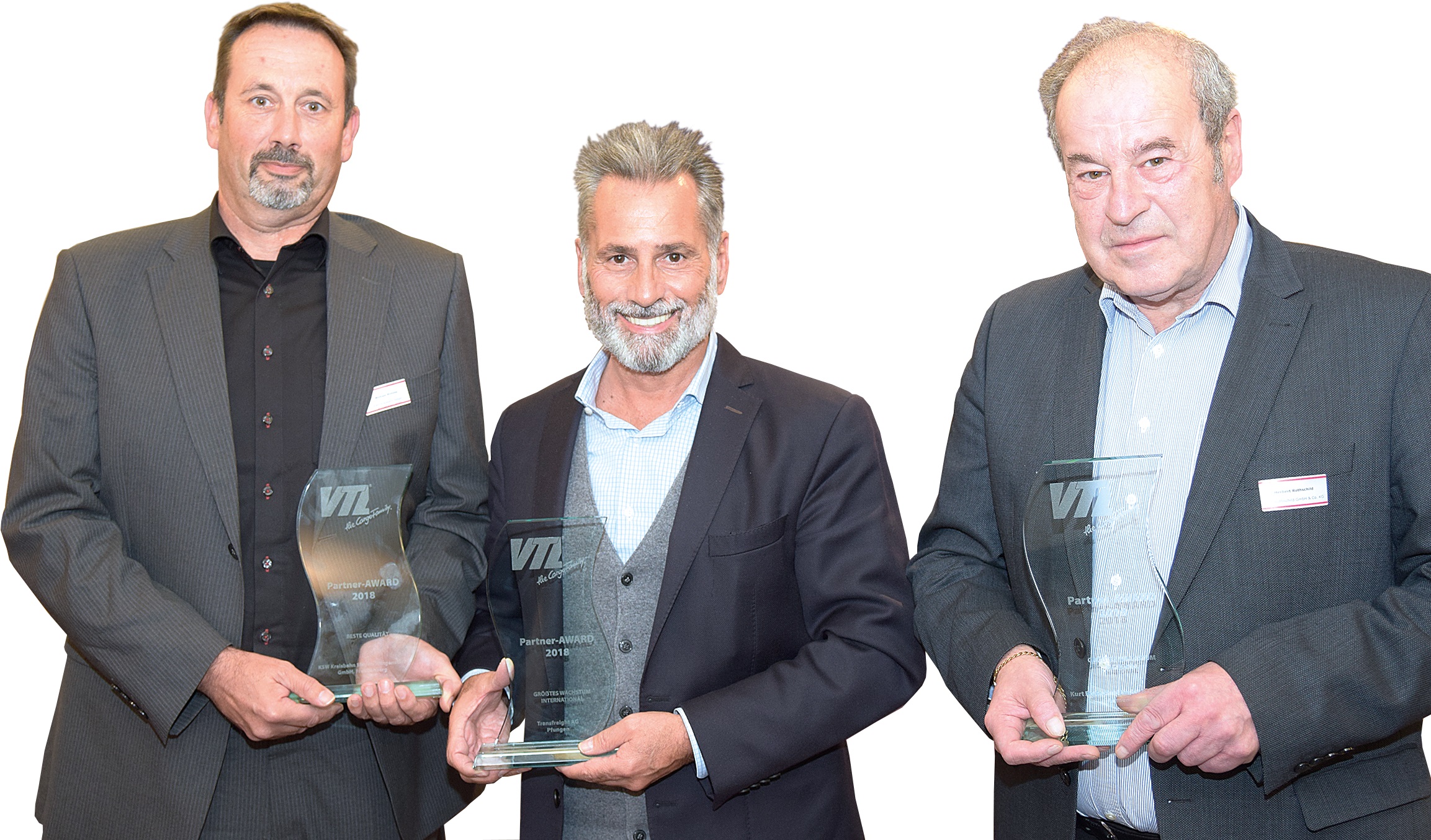 The award for best quality went to KSW Kreisbahn Siegen-Wittgenstein GmbH from Freudenberg-Alchen. The rail freight forwarder has been part of the CargoFamily since July 2017 and only began including general cargo in its portfolio one year ago. Despite this, KSW Kreisbahn Siegen-Wittgenstein GmbH achieved the highest number of points in various ranking categories. Spedition Kurt Rothschild from Ulmen recorded the highest growth in consignments and tonnage nationally last year. It was able to improve its figures by over 4,500 tonnes and some 7,990 consignments. The winner in this category for the international comparison is Transfreight AG from Pfungen. The Swiss freight forwarder increased by around 1,600 consignments and 2,800 tonnes.